More dairy farmers under pressure from banks as prices fall 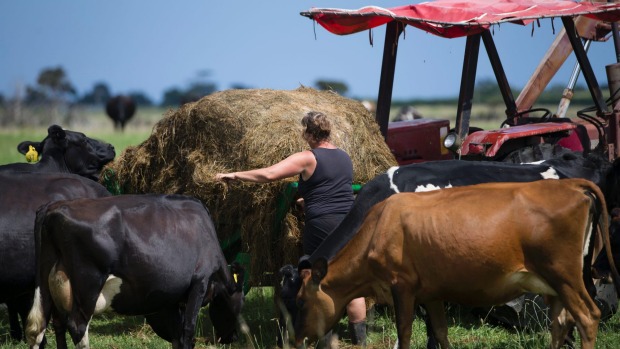 As world dairy prices continue to slide, dairy farmers are increasingly feeling the pressure from their banks.

World dairy prices at the overnight GlobalDairyTrade auction fell 2.8 per cent to an average of US$2235 a tonne, after a 7.4 per cent fall at the last auction two weeks ago. New Zealand’s major export, whole milk powder (WMP), fell 3.7 per cent to US$1890.

A recent poll of members by Federated Farmers showed more than one in 10 dairy farmers (11.1 per cent) are now under pressure from banks over their mortgage. That is up from 6.6 per cent in August and 7.6 per cent in November. 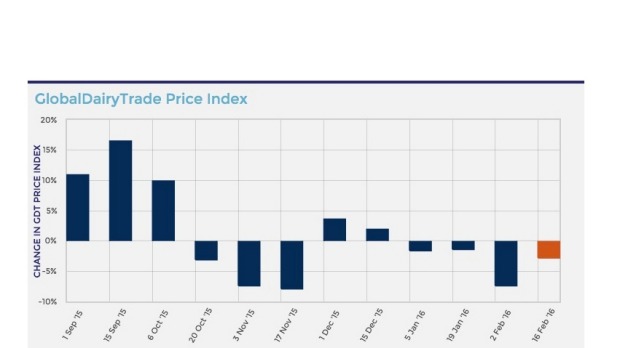 Dairy chairman Andrew Hoggard said that while banks were continuing to support farmers, it was a “worrying statistic” that one in 10 farmers were feeling the squeeze.

The poll was conducted at the beginning of February, with a sample of 1225 members representing all 24 provinces and seven industry groups.

“There’s now a question over the viability of lower order workers such as sharemilkers. I know of some who are switching to contract milking,” Hoggard said.

Commenting on an analyst’s description of dairy prices presenting farming with the worst crisis since the 1980s, Hoggard agreed that expansion had put pressure on farmers.

“We were leaner and meaner in the days when I entered the industry in the late 90s,” he said.

Hoggard called on the Government to hold European farmers to account for the subsidies they received, which were fuelling production.

“This is something our government needs to take up through direct diplomatic channels and the World Trade Organisation, and if next season is going to be any different to this one they’re going to have to move quickly,” he said.

“It’s concerning that some European countries are wanting to move backwards to more regulation. Instead they need to keep moving forward to more market orientated structures. The more farmers around the world live with the economic realities of the decisions they make, the more stable a market we will get for all farmers.”

Rabobank analyst Emma Higgins said the price fall was not surprising and “could have been worse”.

“All eyes will now be on whole milk powder and skim milk powder. This is where the bulk of the volumes are sold and they are the key indicators of the farmgate milk price.

“We’re sitting in a bit of an ugly mix at the moment where there’s modest powder demand combined with high inventory levels as well as strong global growth, especially from Europe,” Higgins said.

Rabobank was preparing to do its forecast milk price but that would not be ready until March.

Westpac economist Anne Boniface said the auction result was “broadly in line with our expectations and leaves us comfortable with our recently updated payout forecasts”.

Agri HQ’s Susan Kilsby said prices were higher than anticipated, judging by futures market indications, which had foreseen a drop of 4 per cent in WMP.