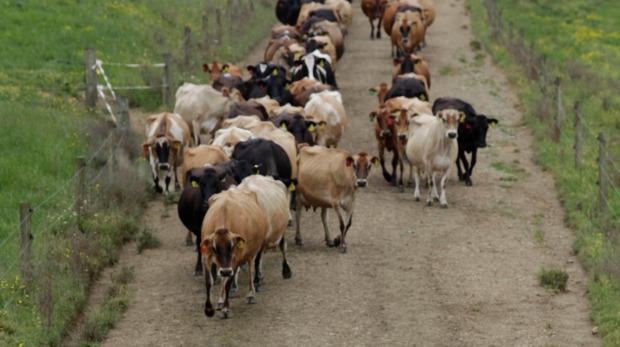 Difficult Decisions Ahead As Low Payout Starts To Bite

OPINION: It seems to me that Fonterra cannot pay its suppliers a decent milk price two seasons in a row.

Is this stating the obvious? Last season the company was paying its farmers a whopping $8.30/kg milk solids, then making it into value added products that less customers could afford while pinching its own value add profit margins in the meantime.

Are they still trying to sell these same expensively made value added products on a market overflowing with surplus milk pushing the prices down further? Is that why, notwithstanding the occurrence of some weird international economic event, two consecutive years of a high milk price is almost mutually exclusive?

Is that why the current milk price and dividend are so low? And does that mean there is a chance it might flip back to good later this year?

This is probably over simplified, but I am racking my brains to come up with an effective strategy to get through next season.

Do I beg the bank for a handout to get me through the next few months with no cash flow, but with all the expenses the beginning of a new dairy season brings? Do I buy in some supplementary feed and hope like mad there is enough money in the milk price to at least break even in a quest to guarantee the cows a decent start to the season?

Or do I impoverish myself and see if I can defer some lease payments until I have a cashflow and tighten my belt so hard, which will mean not fixing and registering my vehicles that are both off the road, not getting the milking machines checked or replacing any rubberware?

Well I could live with that, but the cops and the Fonterra shed inspector probably can’t. Of course I couldn’t afford any supplementary feed either and start my cows off on grass only, which will set the stage for the rest of the season and expose my cows condition and reproductive results to the vagaries of the weather.

It’s a hard choice but one that will probably be made for me by the bank manager who I am waiting to hear back from.

Either of those strategies could be the way to go. The latter will be tough on me and my daughter and the cows and leave me with egg on my face should payments prove to be better than expected.

All the belt tightening will be for nought, as being able to afford supplementary feed later in the season is a waste of time if your production levels are low, reflecting the low input (either by too many cows not getting enough feed or, if I cull, not enough cows to maintain feed quality and no resources to do it mechanically.)

Or if I go for the former, riskier option and invest money I don’t have in preparing for the season in a positive manner and then the milk price doesn’t improve or falls lower then financially, I would have nowhere to go as unsurprisingly, banks are not an endless supply of money.

Business analysts are saying that the low milk price is great for sorting the men out from the boys and that a lot of monkeys will be leaving the ring and that is all well and good if they are European monkeys. It is not so good if they are New Zealand monkeys.

To be honest I am feeling a bit ape-like myself as my business is not robust and as a leasee rather than a land-owner my assets – cows and crappy machinery – are not seen by the banks as very good for leverage.

So that is what’s keeping me awake these nights. 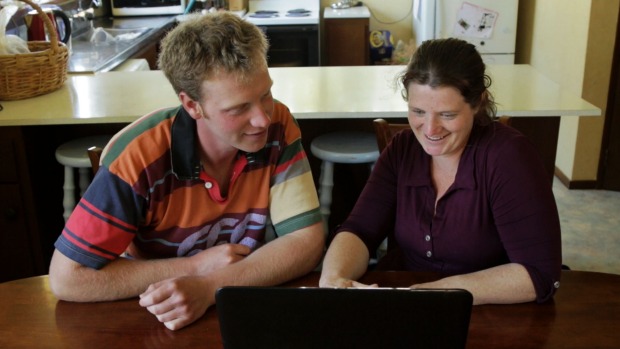 Farmers are flocking to finance classes as they look to guard against more sudden changes in the dairy market.

Primary ITO adviser Liz Sanders said an increasing number of farmers had signed up to modules on cash flow, financial planning and reducing risk as part of the diploma in agribusiness management course since the forecast changed.

Exact figures on the rising popularity of the courses were not available but there had been substantial increases in both enrolments and inquiries, Primary ITO said.

Bank of New Zealand agribusiness partner Emma Hennigan said farmers were generally more aware of how their business was positioned.

The drop in Fonterra’s Global Dairy Trade index had made financial planning more important than ever and farmers could avoid being ‘ambushed’ by market changes if they planned and managed cash flows, she said.

Dairy prices fell to 3.6 per cent at Fonterra’s latest Global Trade Auction this month – the third decline in a row.

Fonterra also slashed its forecast dividend to 20-30 cents per share last month, despite widespread expectations in the farming community that the figure would rise.

Hennigan said those who were studying the course appeared to have an increased awareness and confidence about what they could do to improve their on-farm finances.

Having a thorough understanding of finance was beneficial for farmers at all levels of the industry, he said.

“Upskilling farmers is very important, but finance is also a big part of our personal lives,” MacPherson said.

“If you’re a farm worker who has aspirations of becoming a sharemilker or a farm owner, understanding finance is a great starting point.

“It’s great that organisations are offering these courses.”

A Gore sharemilking couple say studying finance has made it easier to cope with the challenges of what has been a tough season for dairy farmers.

Bryden and Vanessa Rufford are completing a diploma of agribusiness management through Primary ITO, and say they now feel they are “speaking in the same language” as their accountant.

Vanessa said since starting they have been tracking their expenses and adjusting their budgets more regularly, making them more confident when making financial decisions.

“Looking forward, we can already see that next season is going to be even harder than this season,” Vanessa said.

“It’s important to talk to your accountants and your bank manager early.”

Having a greater financial awareness made their 175ha operation a stronger business, she said. 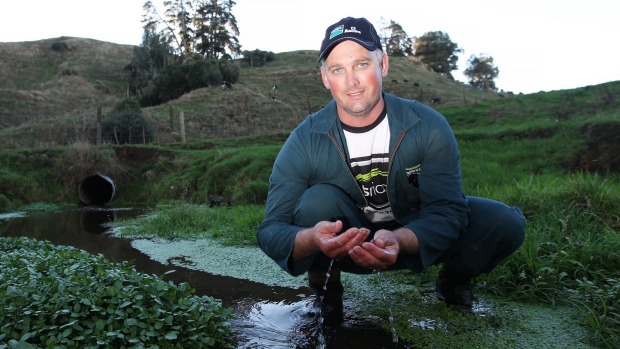 Maori leaders have mounted a bid for effective ownership of a share of the country’s freshwater.

This would allow them, and other with water rights, to onsell it to those who need water for irrigation, hydropower and other commercial uses.

Talks between the powerful Iwi Leaders Group and the Government, fronted by Deputy Prime Minister Bill English and Environment Minister Nick Smith, are at a critical stage after ministers rejected a nationwide ‘Waterlords’ settlement along the lines of the Sealords deal over Maori commercial fishing claims.

The Government is adamant it will not hand over rights in perpetuity to Maori – but it may compromise by allowing regional councils to do local deals with Maori.

Farmers are worried that there will not be enough water to go around if significant quantities of freshwater are set aside for Maori.

In a Cabinet paper, Smith points to possible “catchment by catchment” deals at a regional government level. The Crown has acknowledged Maori interests and rights in freshwater but their extent and nature is at issue. The Government may set criteria by which local iwi can get preferential access to water, catchment by catchment, Smith says.

Ministers and iwi leaders held a summit at Waitangi during the February 6 commemorations, in a swift response to an iwi- commissioned report proposing radical ways to deal with freshwater and Maori claims. The report, by research group Sapere, proposed a nationwide settlement, an end to 35-year renewals of water consents. and a move to permanent rights and a market in tradable water rights.

It argued the regime would not only be a boon for Maori but would add $2 billion to the value of power-generating assets, $5.5b to the primary sector and boost the overall economy, while helping reduce the effects of drought through more efficient use of water. It would also open the way for the Government to levy resource taxes on income from using the water.

But demoted minister Judith Collins has come out swinging against the plan, describing it as a cash grab that would hit consumers in the wallet.

Officials put the value of freshwater to the economy at $34.85 billion a year.

Kevin Ferris, who has dairy farms in the Waikato and Southland, has consent to use water in his dairy sheds. “We need water and if there’s a risk that the water’s going to go elsewhere, it’s going to shift the ability to finance our business, ” he said. “People don’t want a knee-jerk. We want to get it right. To me it affects every New Zealander, not just me.”

Ian Mackenzie, a Canterbury farmer and Federated Farmers’ spokesman, said the Government needed to be careful not to solve one grievance by creating another. “New Zealand’s water is already allocated so the only way the Government could allocate further water to iwi is if they build more water storage infrastructure.”

Waikato Federated Farmers president Chris Lewis said many catchments around the region were already over-allocated. “There’s no more to give out . . . You can’t allocate something when there’s not enough there.” Waikato iwi were already well-organised with water and had what they needed for their enterprises, he said. “They have got the water they need and they have applied for it like everyone has: industry, farmers, city councils, district councils.”

Smith and English this week told the Sunday Star-Times they rejected key elements of the Sapere report, including the removal of the 35-year limit on water consents. “Both industry and iwi want that shifted to rights in perpetuity and the Government will not, ” Smith said.

The Government’s view was that nobody owned water, neither the Crown nor iwi, and it was a public good. “There is not going to be any national settlement or allocation, or any sort of iwi by iwi exclusive rights. We have been making that very plain to them, ” he said.

English insisted freshwater claims would not spark a foreshore and seabed-style controversy like the one that engulfed the Clark Government.

Some councils have preference in their plans already. For instance, in Nelson there is an agreement between iwi and the council about how it will allocate surplus water from Motueka River.

Smith said the Government was reluctant to switch from a consents-based regime to the rights-based trading advocated by Sapere, but did not rule it out at a local level, pointing to existing trading schemes in North Otago and Taupo that are allowed under the Resource Management Act. Asked if some existing rights could be removed from farmers and given to iwi, English said: “I simply don’t know the answer to that.”

A spokesman for the Freshwater Iwi Leaders Group would say only that the group “continues to engage with the Crown on Iwi freshwater rights and interests.”

Lawyer James Dunne, a partner in Chen Palmer, warned of a possible uninformed public backlash in light of the controversy over the Foreshore and seabed issue.