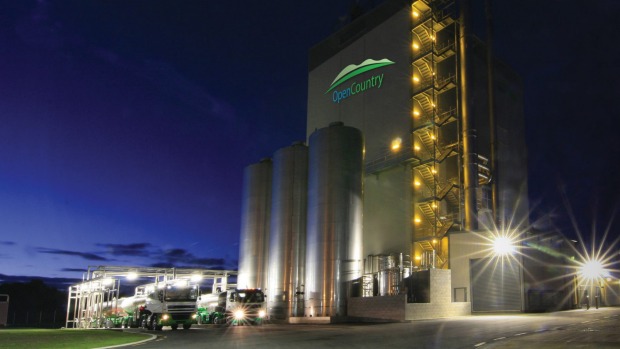 Open Country had until last week been forecasting a milk payment of $4.75-4.95kg milksolids to its around 700 national supplier farmers.

Industry milk price setter Fonterra, which collects the lion’s share of the country’s raw milk from farmers, is still forecasting a season milk price of $5.25kg.

Fonterra, the country’s biggest company by revenue is expected to downgrade this forecast on or about August 7.

The expected milk price forecast slump is on the heels of last week’s Global Dairy Trade auction result where prices plummeted 10.7 per cent to US$2082 tonne, the lowest level in six years and continuing a string of falls this year. Fonterra-owned GDT is considered a barometer of international dairy prices.

Economists slashed their forecasts as a result of the latest GDT result with the country’s biggest rural lender ANZ Bank downgrading its milk price prediction for the season to $3.75-$4kg.

The season forecast related to a 16 month period, but with farmers currently borrowing $1.50-$2kg for working capital, the advance rate was the key focus now, he said. 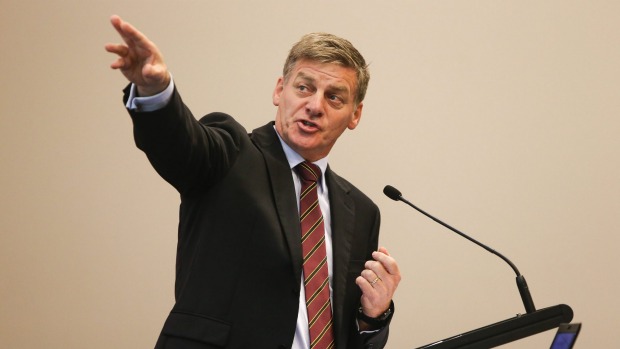 Bill English says China is sitting on “mountains” of excess dairy product, part of a global glut, but he remains confident prices will recover this year.

Dairy prices hit a six year low in July amid global oversupply, sending the kiwi dollar plunging to the lowest level in six years against the US dollar.

The Finance Minister, fresh from a week long trip to China, New Zealand’s largest export market, said that there was a picture of an international glut of dairy products which would keep prices lower for some months to come.

In recent weeks the US Department of Agriculture had highlighted an increase in stocks of dairy prices being stored in China.

“It appears there’s been almost literally a mountain of milk powder in warehouses around China, more than people thought so it might take a bit longer to work through,” English said.

“The way it’s been described to me, there’s been a perfect storm of excess milk supply, influenced by events in Russia, Europe, in China, in New Zealand, Australia and that’s led to these prices which I think everyone regards, everyone believes are too low for the health of the dairy industry, whether it’s here, in China or in Europe, but it is going to take some time for the prices to pick up.”

English remained confident that there would be a recovery in dairy prices some time in 2015.

“I don’t think there’s much doubt that they’re going to pick up, it’s just a matter of when and how fast.”

Estimates ranged from picking up in a few months to remaining flat until Christmas, English said.

“I haven’t seen any estimate that it would take years to clear up.”

Despite the fall in prices English said there were no plans for the Government to provide direct financial support for farmers, or active steps to diversify the economy, preferring to leave this to the market.

“The market’s sending some pretty strong signals. It would be hard for the government to do much better I would have thought,” English said.

“When you get high price products it’s not surprising that people produce a few more of those products but I think the dairy industry’s been pretty realistic that the very high prices that they were getting weren’t going to last.”

Labour finance spokesman Grant Robertson said English’s stance was “recklessly complacent” and steps should be taken to reduce the economy’s reliance on dairy.

“The Government’s had six and a half years to diversify the economy and they’ve failed to do it. They were warned that there would be a global dairy glut at least 18 months ago and they failed to respond to that,” Robertson said.

“This is not just about the farmers themselves who are doing it tough, it’s about the regional towns and communities around those farmers who are also looking at billions of dollars gone from their economy.”

World dairy prices are in the doldrums, Kiwi farmers are experiencing the tightest cashflow in 25 years and Fonterra has just cut more than 500 jobs, but Colin Glass, chief executive of Dairy Holdings, the country’s largest dairy enterprise, has an air of calm about him.

“We are just hunkering down and making sure our costs of production are in order,” he says.

“Dairy Holdings operates on a simple business model that generates cash year in, year out and has withstood risk. It revolves around efficient irrigation systems on-farm and managing nutrient limits; that way farms grow the feed themselves, winter cows and maintain a competitive advantage.”

But he knows times are going to get tougher before they get better.

Fonterra’s initial forecast for 2015/16 was $5.25 per kilogram of milk solids (KgMS), up $0.85 on the previous season. However, with the Global Dairy Trade (GDT) down 34 per cent since March, the forecast is looking more and more challenging.

“There will be little or no cash coming to any dairy farmer between now and October,” Glass says. “This means we will be lucky to get $4 in cash this upcoming season and most of that comes around Christmas. Most dairy farms have been enjoying cashflow from the previous season, so it’s only just starting to bite.”

The industry went through a period of high international milk prices well in excess of $5500/tonne for milk powder, and all around the world, regardless of system, dairy farmers made money, he says.

“On the back of that there was significant increase in production. The United States (US) is growing at 2.5-3.5 per cent per annum despite a terrible drought in the west – it’s going gangbusters. And US farmers have margin protection insurance in place, so they can withstand prices falling. This has become a game-changer. New Zealand’s competition is the US. So far all US production has been sucked up internally, but this will change.”

“One third of New Zealand’s milk goes to China, which is struggling. Until we see it re-enter the market, things will be tight. It’s been buying a low volume of milk powder the past 12 months so there has been a massive reduction in dairy trade prices. There remains product out there internationally that has to be cleared.”

Dairy Holdings Limited (Dairy Holdings) is a New Zealand-registered company with 100 per cent of its farming assets in the South Island. It is managed through a head office in Timaru.

The company began in 2001 with the purchase of two major South Island corporate farming entities: Tasman Agriculture and Dairy Brands Ltd. Since then the company has mainly operated in Canterbury and North Otago, with a further eight dairy units in West Otago and Southland and five spread between Springs Junction and Murchison.

The company owns 58 dairy farms (13797ha), 53 of which supply Fonterra and five the Westland Co-operative Dairy Company. Spread across the farms are 46,000 cows of which 32,000 are owned by the company and the balance supplied by sharemilkers and contract milkers.

Three operations managers and five supervisors oversee the day-to-day operations, each being responsible for approximately 10 farms. All farms are budgeted to produce 16m kg/MS in the season ending May 31, 2016.

Career progression is a big part of the Dairy Holdings philosophy. By changing the model, the company enables people to build stock and grow on the farm they are working on. This encourages capability and herd quality, Glass says.

“Around 2010, with the South Canterbury Finance troubles, we stopped growing, but the capabilities of our staff moved ahead. It was as if the industry had been growing so fast, people were being promoted beyond their capability. This was a huge insight for Dairy Holdings.”

In 2008/09 dairy prices “tanked”, but the subsequent year became one of the company’s strongest. Dairy Holdings went into the year expecting the worst so had its cost structures under control. But in contrast with this current year, interest rates had halved, and urea prices peaked at $1111 per tonne. Then the dollar went from 80c to 50c and urea prices dropped to $600.

“Dairy Holdings didn’t have to change anything on-farm, so long as it stuck to its knitting,” Glass says.

“This time round, there are no significant price reductions on the horizon. The changes towards resilience are a lot tougher. Our shareholders are all Kiwi farming families with a long-term view of farming and they recognise the need to put systems in place. If a business is profitable, it’s amazing what ups and downs it can deal with.”

Dairy Holdings has not jumped on the dairy barn bandwagon but taken a long-term view of where New Zealand’s competitive advantage is. This has involved investing heavily up and down the value chain eg. Ravensdown, Fonterra and its support blocks.

Its young stock are on grazing units in Mid-Canterbury and the company is trying to nail down its wintering ground. Not wanting to be reliant on the market, its aim is to be as self-contained as possible. Over the past decade, most of the appreciation in farm cost of production has been in feed and grazing.

“This year’s early autumn period was dry and winter feed crops were struggling,” Glass says. “But because we had wintering blocks geographically spread, we were able to winter the same number of cows as last winter, despite growing conditions being quite different. We maintained costs and kept control; it was our way of weathering the storm.”

New Zealand’s competitiveness in the world scene has changed quite markedly, he says. Today poses difficult times for operators who don’t have costs under control and the farms that buy the greatest quantity of feed are the ones under the most pressure. The farms that harvest the most pasture per hectare are the most productive.

“We have chosen the pasture approach; we want simple systems in place that can replicate our performance year after year. That for us is the key; why New Zealand has been so strong in dairy. It’s because of the work in the 1950s, 60s and 70s by our scientists, who led the world in pasture research, and to whom we are indebted.”

Many dairy businesses are just milking platforms, he says, and value can get captured elsewhere. Winter grazing is as high as $28-$30 per head per week and these costs are rising at a greater rate than the milk price. This past season they haven’t softened due to supply and demand from the large number of dairy conversions.

“This is not necessarily bad,” Glass says. “It shows how big dairy is in Canterbury and why Dairy Holdings needed to invest in support blocks to take control.”

“We look at New Zealand’s strength and in our view the country is more removed from the market than anyone else. Our strength and reason for being is to grow pasture, and have our cows outside for 12 months of the year. Any time you introduce a machine between the cow and her feed, you introduce costs, which diminish your competitiveness on the international stage. Nationally, by introducing more and supplementary feed, we are doing more production but are we any better off? This is the question everyone needs to ask.”